The Friends of the Library hold "mini" book sales at the library, from 1pm-3pm on the third
Saturday of each month. The February sale will be held on Saturday, February 18th.

Proceeds from these sales benefit library programs for children, and other library services supported by the Friends. Sales are also planned for Saturday, March 17th, and Saturday, April 21st, from 1pm-3pm.
Posted by VHLibrary at 8:20 AM No comments:

The Library is in the middle of a planning process to map a course for the next five years. On Wednesday March 7th and Wednesday March 28th at 6pm, the Library will host two forums to discover where you would like to see the town in five years and how the library can help with your vision. We want to make sure we're meeting the needs of the community as best we can. If you're happy with what we do we'd like to hear from you, and just as importantly we'd like to hear what you'd really like us to change. Barbara Andrews, an adviser from the Massachusetts Library System will be facilitating the discussion. Light refreshments will be provided.

We're hoping to get a representation of all the different populations in Tisbury-- town officials as well as ordinary citizens, primary residence or second home owner, library users and non library users, older residents, and younger ones! This is your chance to tell us what really makes this library important to this community and what we need to do to keep it that way. We're looking forward to hearing what you have to say-- please come!
Posted by VHLibrary at 8:28 PM No comments:

New Magazines at the Library

The Library now has subscription to 11 new magazines in our adult, young adult, and children’s collections. As always patrons may check out all but the current issue of all our periodicals. 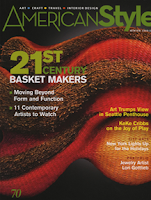 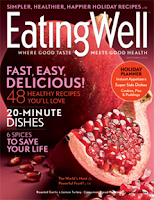 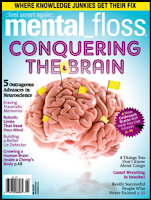 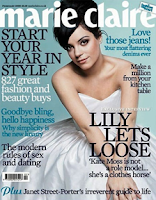 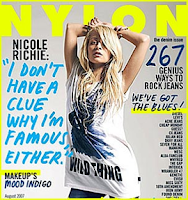 American Style: A magazine that focuses on the crafts genre of contemporary art and artists, galleries, collectors, and arts travel and tourism.

Make: DIY projects, how-tos, and inspiration from the workshops and minds of geeks, makers, and hackers

Marie Claire: Covers both global and cultural issues as well as fashion and beauty.

Mental Floss: A fun magazine that’s loaded with facts and information presented in an easy-to-read style. 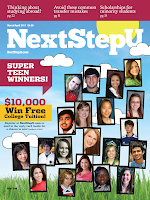 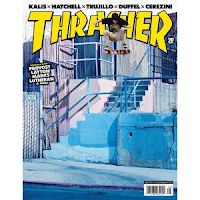 New Magazine’s for Children and Parents: 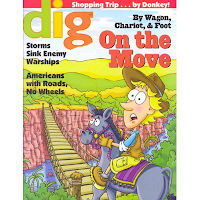 Dig: Dig is packed with mummies, pyramids, new discoveries about ancient civilizations, and more. Dig gives kids ages 9 to above (grades 4 and up) the latest scoop on archaeology around the world and explains how ancient ideas shape our world today.

YUM Food & Fun for Kids: This magazine is full of quick easy recipes and party ideas. It encourages families to spend time cooking together.

Posted by VHLibrary at 4:56 PM No comments:

Join us for a New Program Series: Tisbury 101

"Tisbury 101" is a six part series to be presented by the League of Women Voters and as part of the library's evening lecture series. The series will help you unravel the mysteries of Tisbury town government, discover What makes it run, and learn how can you get involved. Current and past members of many branches of Tisbury’s town government will talk about their roles and responsibilities, as well as how they got involved in the first place. We hope this will inspire you to take the next step – not just to become a more informed citizen and voter, but also to find new ways to participate.
Tuesday, January 17, 7 p.m.
Inside Town Hall, Inside Town Meeting
Panel: John Bugbee, Marion Mudge and Deborah Medders; Moderator: Judy Crawford
Our town administrator, clerk and moderator will take us behind the scenes to look at how Tisbury is run and how this relates to decisions made at town meeting.
Tuesday, January 24, 7 p.m.
Our Money: How Tisbury Gets It and Spends It
Panel: Tim McLean, Anne Marie Cywinski, and George Balco; Moderator: Denys Wortman
Our town treasurer, assessor and member of the Finance Committee will show us exactly where the money to run the town comes from and how priorities are set for spending it.
Tuesday, January 31, 7 p.m.
Places of Learning: Our Schools and Library
Panel: Karen Casper, Bob Tankard, and Amy Tierney; Moderator: Diane Harrington Purvis
Providing tools for lifelong learning for children and adults is overseen by the Library Board and School Committee. This panel will talk about their budgets, roles, and priorities.
Tuesday, February 14, 7 p.m.
What We Build and Where
Panel: Tony Peak, Jeff Kristal, Ned Orleans, Moderator: Deborah Medders
Members of the Planning Board and the Zoning Board of Appeals will take a look at Tisbury’s building codes and permitting, appeals, and enforcement processes. They’ll also explore the partnership between the Town and the Martha’s Vineyard Commission.
Tuesday, February 21, 7 p.m.
The Board of Selectmen: Our Executive Branch
Panel: Geoghan Coogan and Cora Medeiros; Moderator: Bea Phear
Past and present members of the Board of Selectmen will explain their responsibilities as well as the limits of their power. They’ll also talk about how they work with various boards and committees.
Tuesday, March 13, 7 p.m.
Protecting Tisbury’s Land and Water
Panel: Michael Loberg, Jane Varkonda and Tom Robinson; Moderator: Suzan Bellincampi
What gets protected and why? Members of various boards and commissions will shed light on how priorities are set to preserve Tisbury’s natural treasures.
About the League:
The League of Women Voters is a nonpartisan political organization that promotes informed citizen participation in government and works to influence public policy through education and advocacy. The League was founded by Carrie Chapman Catt in 1920 as a successor to the National Women's Suffrage Association. The League's first goal was to teach women how to exercise their new right to vote. The scope was soon expanded to include service to all citizens. The League is focused on bringing individuals together to achieve accountable and responsive government. Membership is open to everyone.
The League of Women Voters of Martha’s Vineyard seeks to achieve these goals by holding annual Candidates’ Forums for local office seekers in each town, by conducting a voter registration drive at the high school every spring, by developing and sponsoring educational forums like Tisbury 101, by taking positions on issues of particular importance to Martha’s Vineyard, and by providing educational materials at many island public events.
Posted by VHLibrary at 9:50 AM No comments:

Art in the Stacks: Bella

The Friends of the Vineyard Haven Public Library are pleased to present an exhibit of paintings by Brazillian artist Bella, also known for her work as a musician, singer, songwriter, playwright, and puppeteer. The exhibit will be on display during regular library hours January 8th through February 4th.

"Art in the Stacks" is an initiative of the Friends of the Vineyard Haven Public Library, to provide individual artists an opportunity to show their work, and for library patrons to enjoy art at the library throughout the year.
Posted by VHLibrary at 2:06 PM No comments:

Many Federal and State tax forms, including the 1040, 1040EZ, 1040A, and associated schedules, are available at the library. If there’s a form we don’t have, the library can make a copy of the form at no charge (instruction books excluded).

This year, anyone, regardless of income, can e-file their extensions at no cost from a home computer using IRS traditional FreeFile or FreeFile Fillable Forms. For more information, visit IRS.gov.
Posted by VHLibrary at 9:41 AM No comments: