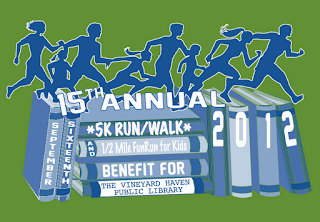 On Sunday, September 16th, the Friends of the Library will host the annual Race for the Library. The 5k Run/Walk starts at the library with runners proceeding to the West Chop lighthouse and back. There will also be a 1/2 Mile Fun Run for Kids (13 & under). There will be prizes for winners in all age groups, and a raffle. 5k starts at 10 am; Fun Run for Kids starts at 9:45 am; Registration begins at 8:30 a.m. Registration forms are available at the library or may be downloaded from our website, or you can register online.

The morning of the race, the Friends will also hold a "mini" book sale fundraiser from 9am until 11am. This is in addition to the regular monthly book sale that will be held on Saturday September 15th from 1-3pm.

Posted by VHLibrary at 11:38 AM No comments:

12 Part Series on the History of Opera Begins in September

Beginning in September, Susan Grunthal will present a twelve part series on the History of Opera, from Monteverdi to Adams including Mozart, Wagner, Verdi and Pucinni. Having grown up a short distance from Covent Garden and a teacher of music by profession, Susan Grunthal began teaching the history of opera after 30 years as an attendee of the Metropolitan Opera. She currently teaches at the Westchester Collegium in 5 different venues, and sings in the Taconic Chorus in Westchester. Class materials will be available before each session at the library circulation desk. Four sessions will be offered this September, and will then continue in May 2013.

Posted by VHLibrary at 10:02 AM No comments:

Art in the Stacks: Christopher Wright 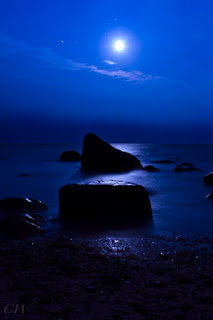 The Friends of the Vineyard Haven Public Library are pleased to present an exhibit of photographs by Christopher Wright this month. The exhibit will be on display during regular library hours from now through September 29th. "Art in the Stacks" is an initiative of the Friends of the Library to provide individual artists an opportunity to show their work, and for library patrons to enjoy art at the library throughout the year.

"I think of myself somewhat as a hybrid photographer, combining elements of my past history in charcoal drawing, and my appreciation for painting and other art mediums with my passion for photography.

I started taking pictures at the age of eight, and while I respect those who have chosen the path of formal education in photography, it just wasn't mine. Being self taught, I feel, allows me to be freer to push boundaries, as I simply don't see any. When I see a setting that I'd like to photograph, what I see is more similar to a drawing or a painting. It's as though a window opens up where it feels right to take a photograph, and the scene takes on a life of it's own, alive and interactive. I could describe it as being magic. It's truly one of the most amazing things I've ever experienced, and something I'm extraordinarily grateful for.

Life is full of magic, and to be able to carry a piece of that through a photograph for others to feel is what I hope to achieve and exactly why I am doing this. With that and with gratitude, I think I will step out of the way and let the pictures speak for themselves."

Christopher Wright is a full time resident of Martha's Vineyard, who has been here, on and off, for his entire life. He considers his work, which revolves around the Vineyard, to be, in his words, "an honor and a true labor of love". Choosing to begin selling his work in December 2010, Christopher's photography is now hanging in homes spanning from here on Martha's Vineyard, to New York City, to the shores of New Zealand, with, as he puts it, his "honest gratitude being the key component". Christopher has shown his work on island at The Scottish Bakehouse, the Made Here On The Vineyard gallery, the Shephard Fine Artspace gallery, Featherstone Center For The Arts, The Vineyard Haven Public Library, The 2011 and 2012 Family Planning Art Shows, The 150th, & soon to be 151st, Agricultural Fairs, The Island Children's School, and continues to show at "Bryn Walker - Vineyard Haven".

For more information please visit: www.CWrightArtistry.com
Posted by VHLibrary at 2:17 PM No comments:

The Vineyard Haven Public Library is forming a Great Decisions Discussion Group that will meet for 8 sessions on Thursdays at 7pm, beginning September 27th.

Please register online or by calling the library (508-696-4211). Briefing books may be purchased from the library for $10 ($20 if purchased from FPA). A limited number of free copies may be available for students (contact the library for more details). This program is jointly sponsored by the Vineyard Haven Library and the League of Women Voters of Martha's Vineyard.

7pm Thursday September 27,
Middle East realignment: The popular revolts and upheaval of the Arab Spring have radically changed the face of the Middle East. What lies ahead for the Middle East’s transition to democracy? What are the prospects for the governments that have held out in this new order? With many longtime U.S. allies ousted, how will the U.S. recalibrate its relations with the new regimes?

7pm Thursday October 4
Promoting democracy: The U.S. has had a history of advancing and supporting democracy around the world. What place does democracy promotion have in U.S. foreign policy today? With a choice of tools ranging from economic aid to military force, what are the appropriate yet effective methods that the U.S. should use to promote democracy?

7pm October 18, 2012
Mexico: Mexico’s border with Central America, as well as the border it shares with the U.S., has been a pathway for people, goods, crime and contraband in both directions. How can Mexico address these transborder challenges? What is the future of Mexico’s relations with its northern and southern neighbors? How will Mexico’s foreign relations affect its domestic politics?

7pm Thursday October 25
Cybersecurity: The securitization of cyberspace has caused a sea change for both governments and the private sector, faced with new threats, new battlegrounds and new opportunities. Faced with challenges such as international cybercrime and authoritarian control of networks, how will the U.S. and its democratic allies approach the cyber frontier? How does this new domain figure in U.S. strategic interests?

7pm Thursday November 1
Exit from Afghanistan & Iraq: Ten years after September 11, 2001, the U.S. is winding down its military commitment in Iraq and slowly pulling out of Afghanistan. What exit strategy will help Afghanistan and Iraq build stable democratic nations? How can the U.S. continue to achieve its counterterrorism goals? What is the role of the U.S. in the future of the Middle East?

7pm Thursday November 8
State of the oceans: The world’s oceans are essential to life on earth, and are tremendously sensitive to global climate change. What are the consequences of climate change on oceanic factors like biodiversity, sea levels and extreme weather systems? How can the U.S. and its international partners address the emerging challenges to this shared resource?

7pm Thursday November 15
Indonesia: Having emerged from authoritarianism in the last 15 years, Indonesia has made remarkable strides politically, economically and socially. Yet the new, democratic Indonesia is still a developing country facing considerable challenges. How can Indonesia continue its path of growth, reform and prosperity? What is Indonesia’s role in the global community?

7pm Thursday November 29
Energy geopolitics: The energy markets have been shaken by the instability of Middle East oil and the vulnerability of nuclear power. Moreover, developing countries like China are becoming bigger energy consumers, while energy producers like Russia see the opportunity to widen their influence. In this changed landscape, how will the U.S.’s energy needs affect its relations with other nations?
Posted by VHLibrary at 1:59 PM No comments:

Tuesday August 7th, 7 pm
James Prosek: Eels -- An Exploration, From New Zealand to the Sargasso, of the World’s Most Amazing and Mysterious Fish
James Prosek offers a fascinating tour through the life, history, and cultural associations of the freshwater eel, exploring its biology in streams and epic migrations in the ocean, its myth and lore, its mystery and beauty. Prosek travels the globe and will be spending much of the month of August in Japan filming a documentary about his study of eels for Nature on PBS.

Tuesday, August 21st, 7 pm
From Cowboys to Kids: A Personal Journey with Len Morris
Winner of the 2012 Iqbal Masih Award for the Elimination of Child Labor, documentary filmmaker Len Morris will share his story of how he went from producing documentary films on westerns and their cowboy heroes, to filming and producing documentaries on child labor in many third world countries. Len’s website, mediavoicesforchildren.org, documents his fight against violations of human rights and the human spirit.

Tuesday, August 28th, 7 pm
Duncan Caldwell: Ancient Egyptian Royal Symbols
Archaeologist Duncan Caldwell will speak about one of his most recent expeditions to the Egyptian Sahara. Many of the symbols which were used by the royalty of ancient Egypt around 5,000 years ago came from 3,000 miles away. As the area became a desert, the Sahara, the population retraced their ancestors’ steps. Duncan has been on the vanguard of important archaeological conservation efforts in Europe and Africa. He lives in Paris and Aquinnah.

Thursday, August 30th, 7 pm
Richard Ferland: Travel To China -- From Preparation to Immersion
Join professional photographer Richard Ferland as he takes you on a journey through China. Richard has extensive experience in China, having lived and worked there for a number of years. This presentation focuses on China’s greatest asset, its people.
Posted by VHLibrary at 3:00 PM No comments: