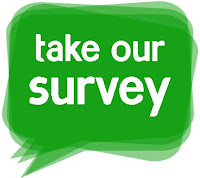 Patron suggestions are the most important resource we have in determining what materials and services to offer at Vineyard Haven Public Library. This brief survey will give you the opportunity to make valuable and specific suggestions to us. Please take a moment to provide us with this important information.

You may complete the survey online, or pick up a printed survey form at the Library.
Posted by VHLibrary at 2:08 PM No comments:

Art in the Stacks: William Carter

The Friends of the Vineyard Haven Library are pleased to present an exhibit of oil paintings by William Carter. The exhibit will be on display on the lower level of the library, during regular library hours throughout the month of November.


William Carter was born in Dublin, Ireland, emigrated to the United States in 1988, and became a citizen in 1994. From an early age his parents encouraged creativity, and in his mid-teens he won first place for a rendition of the "Bridge on the River Kwai" built mainly with balsa wood and dowels. In 2000, Mr. Carter began studies with the New York Institute of Photography, and graduated in 2004. In 2015 he became interested in oil painting, and is primarily self-taught through artistic books DVDs, and by studying the work of other artists.


The Vineyard Haven Public Library's "Art in the Stacks" space features rotating monthly exhibits and is managed by the Friends of the Library. The library also has a permanent collection of artworks that are displayed throughout the year, including 12 paintings by Vineyard artist Captain John Ivory. Artists interested in showing their work may contact the library at (508) 696-4210.
Posted by VHLibrary at 3:31 PM No comments:

Commonwealth Catalog: One Search, All Stacks

Can’t find what you’re looking for in CLAMS? Try the new Commonwealth Catalog.

Posted by VHLibrary at 10:42 AM No comments: