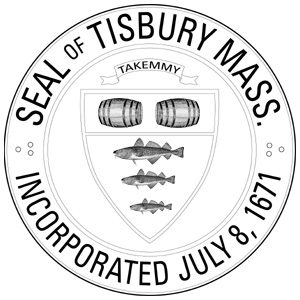 What Is Your Library Worth To You? Try Our Interactive Calculator

This Value of Library Service Calculator was developed by the Massachusetts Library Association Legislative Committee. 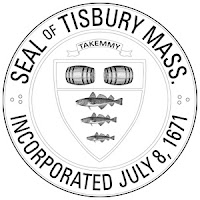 On Thursday, March 10th and Thurday March 24th at 6pm, Tisbury's Vision Council will hold a meeting at Vineyard Haven Library to discuss the upcoming Town Meeting. This meeting is intended to help community members better understand Town Meeting procedures and the warrant articles that we will be voting on at the Annual and Special Town Meetings to be held on April 12th.

Deborah Medders, Town Moderator, will provide an overview of the Town Meeting process, share her thoughts on how we can prepare for Town Meeting, and discuss things that she has learned over the years. Following her presentation, she will answer questions from the group.

Deborah's presentation will be followed by a discussion of specific warrant articles. Warrant sponsors will present the background and intent of their articles. This will be an opportunity for community members to ask questions and gain a clear understanding of the warrants that we will be voting on in April. The meeting will help community members prepare for town meeting so that we will be able to hold a constructive conversation and make informed decisions.

Art in the Stacks: Photographs by Lynn Khosla 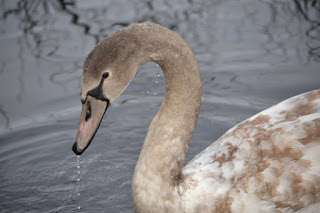 The Friends of the Vineyard Haven Library are pleased to present an exhibit of photographs by Lynn Khosla. The exhibit will be on display on the lower level of the library, during regular library hours throughout the month of March.

Lynn Khosla is an amateur photographer who will photograph almost anything that doesn’t move. After arriving on the Vineyard in the winter of 2013, she has made it her home, and is particularly drawn to the beauty of the Island in winter. The photographs in this collection demonstrate her predilection for the minimalist view, the minute detail, the abstract, the unexpected, and sometimes the absurd.

The Vineyard Haven Public Library's "Art in the Stacks" space features rotating monthly exhibits and is managed by the Friends of the Library. The library also has a permanent collection of artworks that are displayed throughout the year, including 12 paintings by Vineyard artist Captain John Ivory. Artists interested in showing their work may contact the library at (508) 696-4210.
Posted by VHLibrary at 2:29 PM No comments:

On Sunday, March 13th at 5:30pm, Vineyard Haven Public Library is pleased to present a free performance by the Newton Nomadic Theater, sponsored by the Friends of the Library. Newton Nomadic Theater, a new theater company dedicated to producing simply staged, high quality theater in interesting and unconventional theater spaces, will perform Brian Friel's Molly Sweeney. From one of Ireland’s best modern playwrights, this striking piece of dramatic writing is a daring piece of theater. Three points of view about a poignant drama are related by three characters addressing the audience directly. Their stories interweave on stage, threading in and around each others’ lives, until the unexpected and touching conclusion to this striking tale. This wonderful play by Brian Friel is the tale of a blind woman, her sighted husband and her doctor, inspired by an essay by Oliver Sacks. Newton Nomadic Theater vet Billy Meleady is back, both directing and acting, joined on stage by Nomadic newcomers Stephen Cooper and Noni Lewis in the title role. The event is free and refreshments will be served.

Billy Meleady (actor, director) has been a regular performer on Boston stages for 25 years. He was a regular performer with The Sugan Theatre Co. for over a decade. He received both Elliot Norton and IRNE awards for his work with Sugan and also for his work with The New Repertory Theatre and Boston Playwrights Theatre. He was nominated for a 2011 Elliot Norton award and an IRNE award for his performance in TirNa Theatre Co's Trad a 2013 LA Ovation award for "featured actor" in The Belle of Belfast (world premiere) and received the 2014 Best Actor award at Boston's 48 film festival. He recently performed with The Revels in Sander's Theatre and off Broadway in the Irish Repertory Theatre Co's  east coast premiere of The Belle Of Belfast.  He recently appeared in Black Mass (Warner Bros. released Sept. 2015). Newton Nomadic audience will remember Billy for his performances in Faith Healer and in Turn of the Screw, in which he both directed and played four different characters. He is delighted to be back with the "Nomads" and to perform in another play by the late great Brian Friel.

Noni Lewis is a Welsh actress and voiceover artist currently based in Boston. Having spent many years as a stage and screen performer, in more recent years has enjoyed voice acting from her home studio. Fresh from performing in The Christmas Revels at Sanders Theatre, Harvard, Noni is delighted to join Billy Meleady on stage once again. Previous credits include Wallace and Gromit: Curse of the Were-Rabbit (Aardman Animations/Dreamworks), poetry readings, plays and audiobooks for BBC Radio Four, Macbeth and Twelfth Night (Orange Tree Theatre, London), Odysseus’s Journey (Bristol Old Vic). Noni has also recently appeared as Tessa in the Welsh language soap opera Pobol y Cwm and can be heard on radio and television advertisements across Wales, on websites, phone messages, apps, computer games, audio trails, in museums and even lifts through her work at www.welshvoiceover.co.uk.

Stephen Cooper returns to Brian Friel after appearing as Hugh in Translations (Bad Habit Productions) at Boston’s Calderwood Pavilion in 2014 – a production he was forced to leave after he suffered a serious injury.  After his recovery in 2015, Stephen appeared in Michael Frayn’s Alphabetical Order (Mugford Street Players) and in Pinter’s Ashes to Ashes (Exiled Theatre). Other recent roles include the haunted widower in Conor McPherson’s Shining City and Picasso in Jeffrey Hatcher’s A Picasso (both with Salem Theatre Company). Stephen is a member of SAG-AFTRA; his radio drama work has been broadcast on NPR and can be heard at www.scribblingwomen.org. He formerly lived in Los Angeles, where he studied acting for seven years under the late Susan Peretz.
Posted by VHLibrary at 2:17 PM No comments: