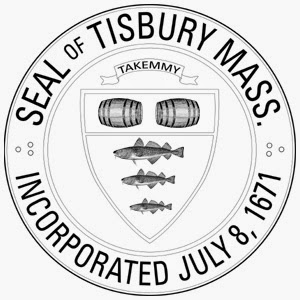 Posted by VHLibrary at 1:56 PM No comments:

Vineyard Haven Public Library is pleased to announce the availability of the online continuing education service Universal Class. Vineyard Haven cardholders have access to lifelong learning courses in over 30 subject areas, many of which offer continuing education units (CEUs). More than 500 courses are available, and all are designed and led by professional instructors to build deeper understanding and mastery of subject matter. Universal Class includes videos, assignments, quizzes, tests, and options for social media interaction with other learners. Patrons may take multiple classes and learn at their own pace.

Please see a library staff member for more information on how to access this service, or visit www.vhlibrary.org.

Posted by VHLibrary at 5:25 PM No comments:

Please register online or at the library. This year, a limited number of briefing books are available for purchase at the library for $24, payable to the Friends of the Vineyard Haven Library.

Thursday, April 5th
The waning of Pax Americana?
During the first months of Donald Trump’s presidency, the U.S. began a historic shift away from Pax Americana, the liberal international order that was established in the wake of World War II. Since 1945, Pax Americana has promised peaceful international relations and an open economy, buttressed by U.S. military power. In championing “America First” isolationism and protectionism, President Trump has shifted the political mood toward selective U.S. engagement, where foreign commitments are limited to areas of vital U.S. interest and economic nationalism is the order of the day. Geopolitical allies and challengers alike are paying close attention.

Thursday, April 12th
Russia's foreign policy
Under President Vladimir Putin, Russia is projecting an autocratic model of governance abroad and working to undermine the influence of liberal democracies, namely along Russia’s historical borderlands. Russia caused an international uproar in 2016, when it interfered in the U.S. presidential contest. But Putin’s foreign policy toolkit includes other instruments, from alliances with autocrats to proxy wars with the U.S. in Georgia, Ukraine and Syria. How does Putin conceive of national interests, and why do Russian citizens support him? How should the United States respond to Putin’s foreign policy ambitions?

Thursday, April 19th
China and America: the new geopolitical equation
In the last 15 years, China has implemented a wide-ranging strategy of economic outreach and expansion of all its national capacities, including military and diplomatic capacities. Where the United States has taken a step back from multilateral trade agreements and discarded the Trans-Pacific Partnership (TPP), China has made inroads through efforts like the Belt and Road Initiative and the Asian Infrastructure Investment Bank (AIIB). What are Beijing’s geopolitical objectives? What leadership and political conditions in each society underlie growing Sino-American tensions?  What policies might Washington adopt to address this circumstance?

Thursday, April 26th
Media and foreign policy
State and non-state actors today must maneuver a complex and rapidly evolving media landscape. Conventional journalism now competes with user-generated content. Official channels of communication can be circumvented through social media. Foreign policy is tweeted from the White House and “fake news” has entered the zeitgeist. Cyberwarfare, hacking and misinformation pose complex security threats. How are actors using media to pursue and defend their interests in the international arena? What are the implications for U.S. policy?

Thursday, May 3rd
Turkey: a partner in crisis
Of all NATO allies, Turkey represents the most daunting challenge for the Trump administration. In the wake of a failed military coup in July 2016, the autocratic trend in Ankara took a turn for the worse. One year on, an overwhelming majority of the population considers the United States to be their country’s greatest security threat. In this age of a worsening “clash of civilizations” between Islam and the West, even more important than its place on the map is what Turkey symbolically represents as the most institutionally Westernized Muslim country in the world.

Thursday, May 10th
U.S. global engagement and the military
The global power balance is rapidly evolving, leaving the United States at a turning point with respect to its level of engagement and the role of its military. Some argue for an “America First” paradigm, with a large military to ensure security, while others call for a more assertive posture overseas. Some advocate for a restoration of American multilateral leadership and a strengthened role for diplomacy. Still others envision a restrained U.S. role, involving a more limited military. How does the military function in today’s international order, and how might it be balanced with diplomatic and foreign assistance capabilities?

Thursday, May 17th
South Africa's fragile democracy
The African National Congress (ANC) party has governed South Africa since the end of apartheid in 1994. But the party today suffers from popular frustration over official corruption and economic stagnation. It faces growing threats from both left and right opposition parties, even as intraparty divisions surface. Given America’s history of opportunistic engagement with Africa, there are few prospects for a closer relationship between the two countries. Meanwhile, a weaker ANC could lead to political fragmentation in this relatively new democracy.

Thursday, May 24th
Global health: progress and challenges
The collective action of countries, communities and organizations over the last 30 years has literally saved millions of lives around the world. Yet terrible inequalities in health and wellbeing persist. The world now faces a mix of old and new health challenges, including the preventable deaths of mothers and children, continuing epidemics of infectious diseases, and rising rates of chronic disease. We also remain vulnerable to the emergence of new and deadly pandemics. For these reasons, the next several decades will be just as important—if not more so—than the last in determining wellbeing across nations.
Posted by VHLibrary at 3:21 PM No comments:

The Vineyard Haven Public Library will be closed for the day on Easter Sunday April 1st, and closed on Monday April 16th for the Patriots Day holiday.

The Library will close early at 6:30pm on Tuesday, April 10th, due to the Tisbury Annual and Special Town Meetings which will take place at the Tisbury School Auditorium beginning at 7pm. Library computers will be shut down at 6:15pm that evening.

The Library will be closed on Sundays beginning April 22nd. Sunday hours will resume after Columbus Day.
Posted by VHLibrary at 5:40 PM No comments: 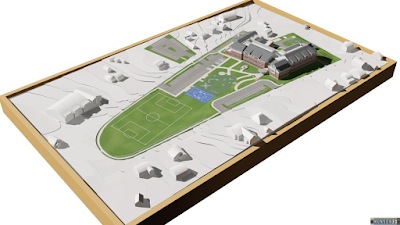 An architect's model of the planned new Tisbury School building and campus is on display at the Vineyard Haven Library.

On Tuesday, March 27th at 7pm, join the Tisbury School Building Committee at Vineyard Haven Library as they present their plans for the new Tisbury School. The new school project will be voted on at the Town Meeting on April 10th followed by a ballot vote on April 24th. This is the time to get the facts and ask your questions about the project.

The Tisbury Vision Council will also host a presentation for the public on Thursday, March 28th at 7pm, at the Katharine Cornell Theater.
Posted by VHLibrary at 9:12 AM No comments: 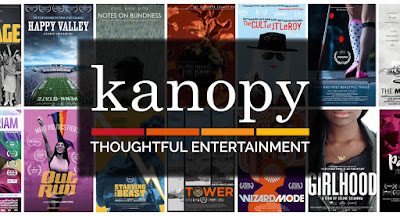 Kanopy showcases more than 30,000 of the world’s best films, including award-winning documentaries, rare and hard-to-find titles, film festival favorites, indie and classic films, world cinema, The Great Courses, PBS and thousands of independent filmmakers. Films can be streamed from any computer, television, mobile device or platform by downloading the Kanopy app for iOS, Android, AppleTV, Chromecast or Roku. Currently users are limited to 4 films per month.
Posted by VHLibrary at 8:45 AM No comments:

Updated Sunday, March 4, 2018
Opening Early at 10am on Sunday, March 4th
Vineyard Haven Public Library will be open extended hours from 10am to 4pm this Sunday March 4th (Regular Sunday hours are noon to 4pm).

Updated Saturday, March 3, 2018
Library Hours Saturday March 3rd
Please be aware that heat is not working at library this morning. We plan to open at 10am but there is a possibility of closing if heat is not restored.

Updated Friday, March 2, 2018
Library Closed on Friday, March 2nd
Vineyard Haven Library will be closed for the day due to weather. Afternoon programs are cancelled. Tisbury Town Hall will also close at noon.
Posted by VHLibrary at 7:16 AM No comments:

Vineyard Haven Library will be holding a "Food for Fines" food drive throughout the month of March. During this time, pay your overdue fines with canned goods or healthy non-perishable food items (unopened, current items only, please check your expiration dates). This applies to late fines only and not to replacement charges for lost or damaged items. The food collected will be given to the Island Food Pantry for distribution to those in need in our community. Suggested donation is one item for each $2 waived in fines.

While all non-perishable, unopened, and unexpired groceries are appreciated, the Food Pantry suggests donating the following:

Posted by VHLibrary at 4:53 PM No comments: 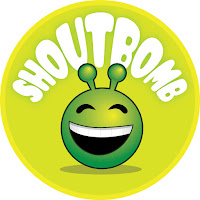 CLAMS library patrons can sign up for a new text messaging service powered by Shoutbomb beginning on March 1st, 2018.

With the Shoutbomb Text Messaging Service, you can use your mobile phone to:
All you need is a text messaging capable phone and a subscription to a text messaging plan with your wireless carrier. You do not need a smartphone.

NOTE: There is no charge from the library for this service; however, you may see a charge for incoming text messages at the standard rate applied by your cell phone carrier, depending on your plan or package.
Posted by VHLibrary at 7:00 AM No comments: